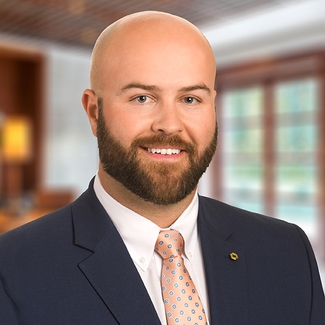 I am committed to understanding our customers' business with a sincere desire to help them reach their full potential.

I am committed to understanding our customers' business with a sincere desire to help them reach their full potential.

Addison Lawrence considers it a privilege to have played college football for Mississippi State University and professional football for the Baltimore Ravens.  "The hard work, discipline, and attention to detail that I learned through athletics are work habits that I still use daily," he said.

Addison began his banking career with Guaranty Bank and Trust Company in Senatobia, Miss. as an Assistant Vice President and Relationship Banker and was later promoted to serve as City President for the financial institution.    Prior to his employment with Guaranty Bank and Trust, he served as an Executive Team Leader for Target Corporation in Birmingham, Ala., where he managed over 50 employees and managed day to day operations.

A 2011 graduate of MSU with a Bachelor's of Business Administration degree in Risk Management, Insurance, and Financial Planning, Addison also received his Master's degree in Education from MSU in 2013, with an emphasis in Workforce Education leadership.  In the field of banking, Addison continued his studies and later graduated from the Southeastern School of Commercial Lending.

In his free time, Addison enjoys hunting, woodworking, watching football and spending time with his family. When asked how most people would describe him, Addison said he strives to be a down to earth, hard-working individual. Addison and his wife, Courtney enjoy attending Life Fellowship Church in Southaven and Hernando, and they have two young sons that keep them busy. Ace is five years old, while Mox is six. He is also a member of The Krewe of Hernando, Southaven Young Professionals and chair of the Industrial Relations Committee.

Here at Citizens National Bank, we are fortunate to have someone like Addison on our team, so be sure and give him a call today!