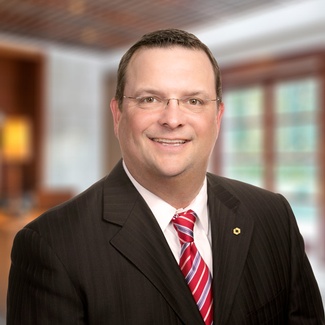 I'm committed to forming meaningful partnerships with my customers.

I'm committed to forming meaningful partnerships with my customers.

Michael Kimbrell is a great fit for the position of CNB's Rankin County Market President. With 29 years of banking experience, he has received numerous promotions throughout his career and he has an excellent reputation for providing quality service to his customers.  We are very excited that he joined the CNB team in March 2019, and we are also very proud of his local community involvement.

Michael serves as both a Treasurer and Board Member of the Board of The Catholic Foundation for the Diocese of Jackson.  In addition, he serves on the board of the Ronald McDonald House Charities of Miss., and is active in the Rankin County and Flowood Chambers of Commerce.

He began his career with Deposit Guaranty National Bank as a teller in 1990 and was promoted in 1994 to serve as a lender and manager of several branch locations in the Columbus and Jackson areas until 1998.

His next 18 years of service in the banking industry were with BankPlus.  While he originally joined BankPlus as a Branch Manager and Lender, the majority of his experience with the Bank was in the area of commercial lending.  After receiving several promotions at Bank Plus, he was ultimately promoted to serve as President of the Bank's Rankin County Division, where he managed seven locations and over 50 staff members.   Most recently, Michael was employed as a Commercial Lender and Senior Vice President with BankFirst Financial Services.

"I love what I do," Michael said.  "I'm a people person and I try to be a good listener.  Plus, I enjoy meeting new people," he said.  I also care about what is going on in my customers' lives - both in business and on a personal level.  Some of my closest friends describe me as being loyal, and I take that as a compliment because that's the way that I certainly strive to be," he said.

He and his wife, Terri, attend St. Paul Catholic Church in Flowood, and they enjoy watching their children play at local sporting events.  Michael’s hobbies include fishing and watching Mississippi State Sports.  Originally, from Starkville, Michael has an identical twin brother and also one sister.

A graduate of Mississippi State University, Kimbrell received his Bachelor’s of Business Administration degree in 1993, and completed studies at The Graduate School of Banking at LSU in 2010.

We are thrilled to have Michael on our team, so, be sure and contact him today because he is eager to help you achieve your financial goals!