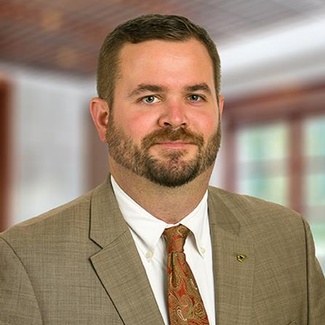 My desire is to help you achieve your dreams and reach your goals.

My desire is to help you achieve your dreams and reach your goals.

When you think of a banker, you may envision someone who sits behind a desk all day and crunches the numbers.  While Whit Ross works hard for his customers, he also has a long list of hobbies when he’s away from the office.  From playing a round of golf, hunting, fishing, or grilling, Whit says he loves being outdoors.  Describing himself as an avid sports fan, he also enjoys watching plenty of sports both in person and on television. In 2011, he enjoyed running in the St. Jude Half Marathon in Memphis, and one of his greatest experiences was an opportunity attend the 1996 Olympics in Atlanta.

He and his wife, Britney, who have been married for five years, live in the Oak Grove community.  While Britney is originally from Seattle, Washington, Whit says that he and his wife met at USM where she was attending on a softball scholarship.  “We had one class together, and the rest is history,” he said.  While the couple doesn’t have any children at this time, they love spoiling their 100-pound German Shepherd, Brees.

With 13 years of banking experience, Whit is a 2010 graduate of the University of Southern Mississippi, where he received a Bachelor of Science degree in Business Administration with an emphasis in banking and finance.  He continued his studies and graduated from the Mississippi School of Banking at Ole Miss, and is currently in his second year of studies at the Graduate School of Banking at LSU.  Five years of Whit’s banking career were also spent with the Miss. Department of Banking and Consumer Finance where he served as a Certified Examiner in Charge.

“My main goal is to make sure that my customers are satisfied and receive the highest level of customer service from start to finish and the best terms possible so they can achieve their goals,” he said.  “I also do my best to pay attention to the smallest details and needs of my customers,” he added.